It is a Korean pop girl band and they are one of the top kpop groups, popular all over the world they made their debut on 13 Jan 2017 under the HappyFace Entertainment company. 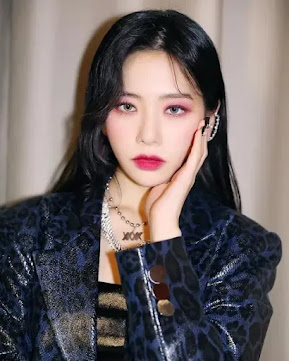 She has a brother, younger than her.

She had been a member of the MINX group.

Lily is her English name.

In an interview with BNT, revealed that she has a carefree type of style and never skips her meal.

She can do amazing acting with her face and can do cute face reactions too.

She gave herself a nickname “Pink Princess”.

She dyed her hair red for the first time during Fly High promotions which she really liked.

For relaxation she takes a long bath.

Jiu is a big fan of the girl groups and if she gets the chance then she will team up with all the kpop girl groups at once.

In an interview with Kpopconcerts she stated, If she wouldn’t have been in the dreamcatcher group she would have been an owner of the Macaron store or a police officer.

To relieve her stress she likes to do aerobics.

She was a participant in the show “MIX NINE” by YG entertainment but because of her busy schedule she left the show.

Acted as a cameo in the Web series “Hororong story”.

JiU’s ideal type: who can communicate with her very well and also can control her a little bit. 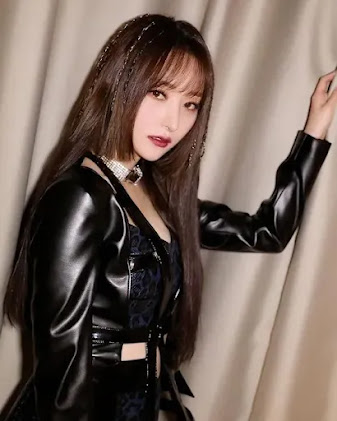 Changwon, in South Korea where sua was born.

She Has an elder brother.

She was a former member of the MINX group too.

“Alice” is her English name.

Once she entered into the competition “B-girl”.

She is the one who has the longest training among all the members.

She has the smallest feet and smallest hand among all the members.

Her special abilities are fixing things and creating Choreographies.

Hobbies she has are: watching series or dramas and drawing.

Things which she dislikes the most: porridge, spinach, cheese, carrots, disgusting smell, winter, ghost and cats.

She is a huge fan of Avenger.

Sua is a fan of kpop boy group “TVXQ”.

The BIG BANG group is her role model.

her fellow members consider her as a cleaning maniac.

She and Yoohyeon stay in the same room.

Her ideal boy is: Men with sexy looks and she is attracted to men who like her. 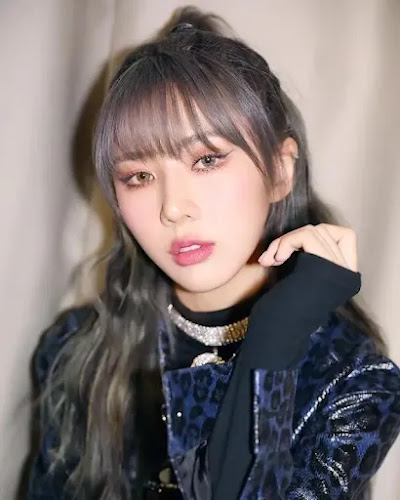 The birthplace of Yoohyeon is Incheon, in South Korea.

Has one brother who is younger to her.

She is a former member of another kpop girl group named MINX.

Rachel is her English name.

Whenever she gets nervous her teeth get itchy.

She is a fan of Harry styles.

She can play guitar and loves to play video games.

Before sleeping she will watch the Simpson cartoon.

All other members agreed that she is the most forgetful person in the group.

She revealed in the interview of Daum fancafe that she has astigmatism and nearsightedness.

Also big fan of sunmi and once she sent a fan letter to her.

She also participated in the YG Show Mixnine but because of her busy schedule she left the show.

She was in the music video of Jinyounge and Hyunsoo, MV name Falling in love.

She made her first debut in modeling as a runway model.

In the dorm she shares the room with SuA.

Yoohyeon’s ideal type : who is hardworking. According to celebrities, her ideal type of men is: Kim bum. 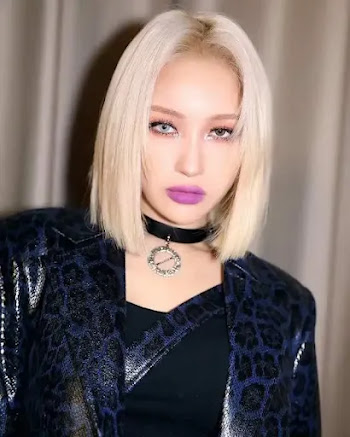 Has one sister and she is elder than her.

She was a part of the MINX group before.

Monica is her English name.

She can mimic the sound of Squirtle, Psyduck, and Pikachu.

“Blue” is her favorite color.

She is a huge fan of the heavy metal band Warlock.

Siyeon is a huge fan of Avengers.

Siyeon performs a duet with one Junn from Boy’s republic for the OST of Love & Secret drama.

Sistar’s Hyorin is a Role model for her.

She participated in the show MIXNINE organised by YG Ent but due to busy schedule she left the show early.

She shares a room with Dami and Jiu.

Siyeon’s ideal men : she wants someone who can connect with her, talk to her and has good sense 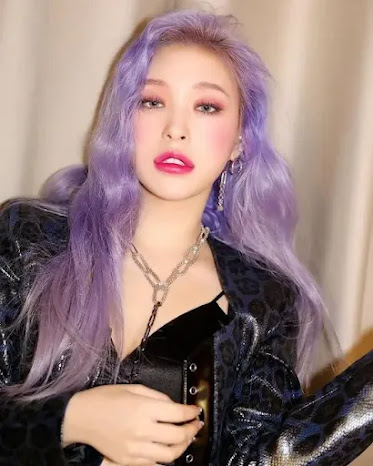 Her birthplace is Seongnam, in South Korea.

For a few months, Gahyeon studied in the Philippines.

Lucy is her English name.

Gahyeon is very good at maths.

She Can do funny sponge Bob laugh.

Remember all the schedules of the group.

She has been friends with miyeon from Gi-dle, dahyun from twice, jane from Momoland, chaewon from April, yahana from pristin.

Gahyeon’s ideal person: who has a good vocal, funny and pretty smile. 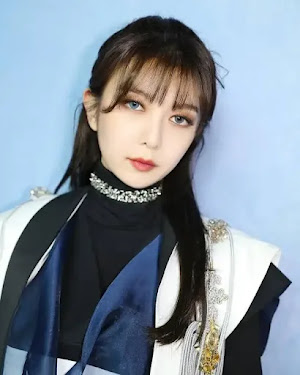 She has a brother and he is in the armed forces.

She is a member of MINX kpop group.

Emma is her English name.

She got kendo training.

Her one wish is to raise a pet bear.

She loves animals and wants to be a breeder.

She can also make chirping sounds of chicks.

Dami is a fan of one-piece anime.

She loves to read books and Whenever she gets time she starts reading.

Murakami Haruki is her favorite author.

Dami also participated in the MIXNINE show but left early because of their busy schedule.

She, Siyeon and Jiu stay in the same room.

Dami’s ideal type: is understanding, someone from whom she can learn, Can talk a lot.

Someone she can learn from, someone who can talk a lot compared to her. 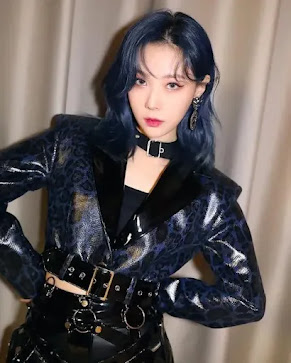 Handong’s birthplace is “wuhan” which is the capital of Hubei Province in China.

She got a Nickname “Dongdong” from the yoohyeon.

Della is her english name.

Her professor advised her to go Korea for the audition.

She made her appearance as a musician during high school. (Revealed in an interview of pops in seoul)

In the interview it revealed that she likes  chocolates but whenever she eats it she starts sneezing continuously.

If she had not been in the music group Dreamcatcher, she might have been the flight hostess.

In the interview of BNT, reveals that She has a shy type of personality.

Her nationality is Chinese.

In the dorm She shares a room with other fellow member gahyeon.

For almost 1 year she was absent in the group activity because she was filming for the idol producer.

Hangdong’s ideal type of man: a person with good personality , tall and kind.

Popular posts from this blog

October 19, 2022
Blackpink Members Profile: Blackpink Members Blackpink members currently are  Lisa , Jennie , Rose , and Jisoo  and they made their debut with ” Square one” single album. BLACKPINK is a south Korean girl group under YG Entertainment and their music genre is Kpop, Hip Hop, EDM, trap. It’s one of the most popular Kpop group right now after BTS . BLACKPINK Fandom Name is : BLINK After three week of debut, they got second place just behind the EXO for Brand Endorsement and this study was done by Institute of Corporate Reputation on August 2016. Blackpink Members profile 1. Lisa Real name  Pranpriya Manoban/ Lalisa Stage name Nancy Born in 27 March 1997 Height 166 cm( 5 feet 6 inches)  weight 45 kg ( 99lbs)  Blood O  zodiac Aries Her birthplace is in Buriram Province, Thailand. At the age of three, she moved to Bangkok. She is very good at playing piano and guitar. Her stepfather is a top certified Swiss chef in Thailand , named Marco Brueschweiler. Her former name was Pranpriya and her fr
Read more

October 18, 2022
Momoland Members profile, Ideal type, Facts Momoland members currently are: Nancy, JooE, Jane, ahin, Hyebin, Nayun, and Former members are Yeonwoo, Daisy, Taeha. Momoland is an Korean pop girl group. On 10 Nov 2016 , they debut under a MLD Entertainment company. On 29 Nov 2019 , it’s announced that 2 members Taeha and Yeonwoo left the momoland and later daisy also left. Momoland Members Profile 1. Nancy Real name Nancy Jewel Mcdonie Stage name Nancy Born in 13 April 2000 Height 162 cm( 5 feet 3.78 inches)  weight 48 kg ( 105lbs)  Blood O  zodiac Aries Born place of her Daegu, in South Korea. Her mother is Korean and her father is Korean. Has a sister elder to her , she is a cellist. Nicknames are Jonaensi and Aenaen. During her childhood , she was given a funny name “spinach”. Educated from Hanlim Art school and she cleared her graduation on 9 Feb 2018. She knows and can speak English but she is more fluent and comfortable with Korean language. From her childhood , she was a model an
Read more